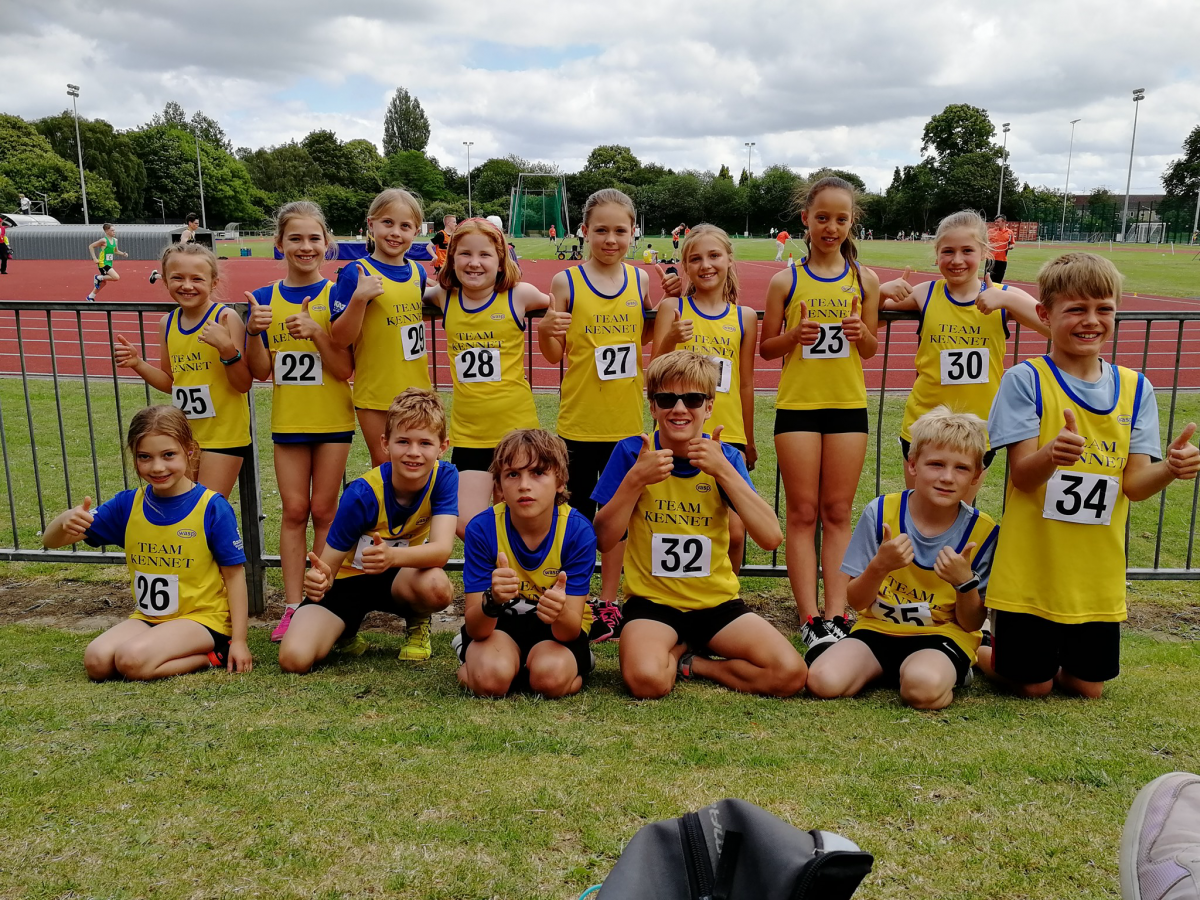 Team Kennet Quadkids team produced their best result so far of the season in the latest match of the Wessex Young Athletes league held at Swindon by coming second.

Bethany MacLean won the girls outright with a score of 231pts, she ran a fast 75m sprint in 12.3, lept to one of the best long jumps of the day 3.34, and was the fastest in the 600m races clocking 2.02 and then throwing the vortex 34.54m to win this. Erin Gosney came third overall also clocking a fast 12.3 in the 75m sprint she also won her heat in the 600m and second fastest on the day in 2.07 and he vortex of 23m was good enough for her third overall. Esmie Denton was the clubs third scorer here she ran 13.7 in the 75m it was her vortex of over 20 that pushed her score up. Tillie Bell ran 13 seconds for 75m and Imogen Cowell also ran a fast 75m in 13.3
The boys saw Harry Fenner best placed in 8th it was his vortex of over 36m that scored his best points, Charlie Todd best event was the 600m clocking 1.59 to come in 2nd in his heat, but also ran 12.4 in the 75m sprint. Will McDonald ran 12.9 in the 75m sprint and also threw over 32m in the vortex.
Other athletes taking part were Evan Alderman and Joseph Bell for the boys and the girls Suki Humphries, Zoe Dickson, Lilia Gale, Millie Phillips