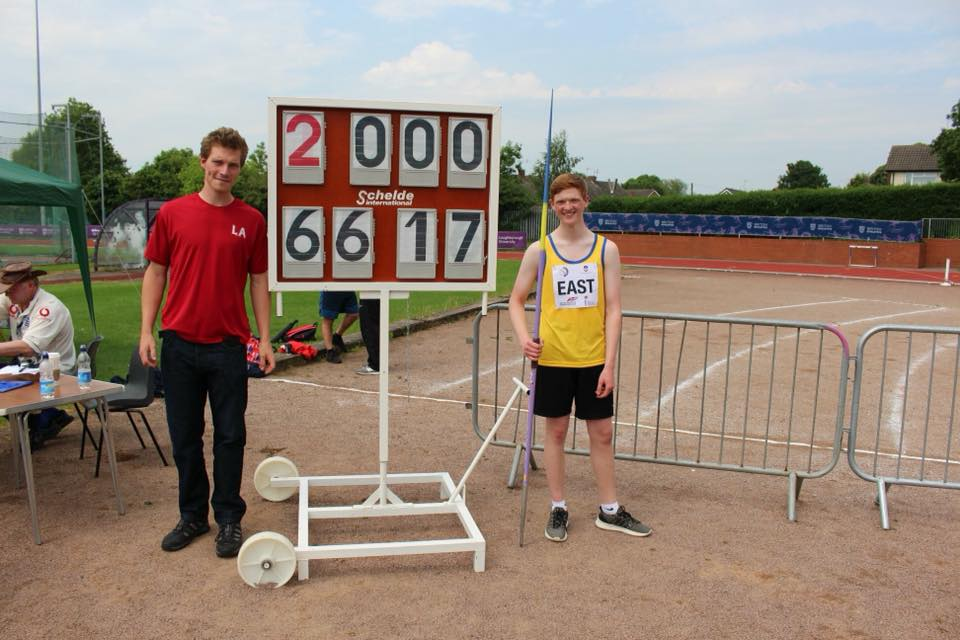 Team Kennet’s Ben East threw himself in to history at the weekend at the UK Javelin Festival held at Loughborough. Ben only 14 years old and in the under 15 age group threw a massive 66.17 in the Javelin to break the UK record for the age group, and one of the longest throws in the World, Ben is being coached by Luke Angell also from the club who also has a England Vest in the Javelin says that Ben could throw 70m this season.