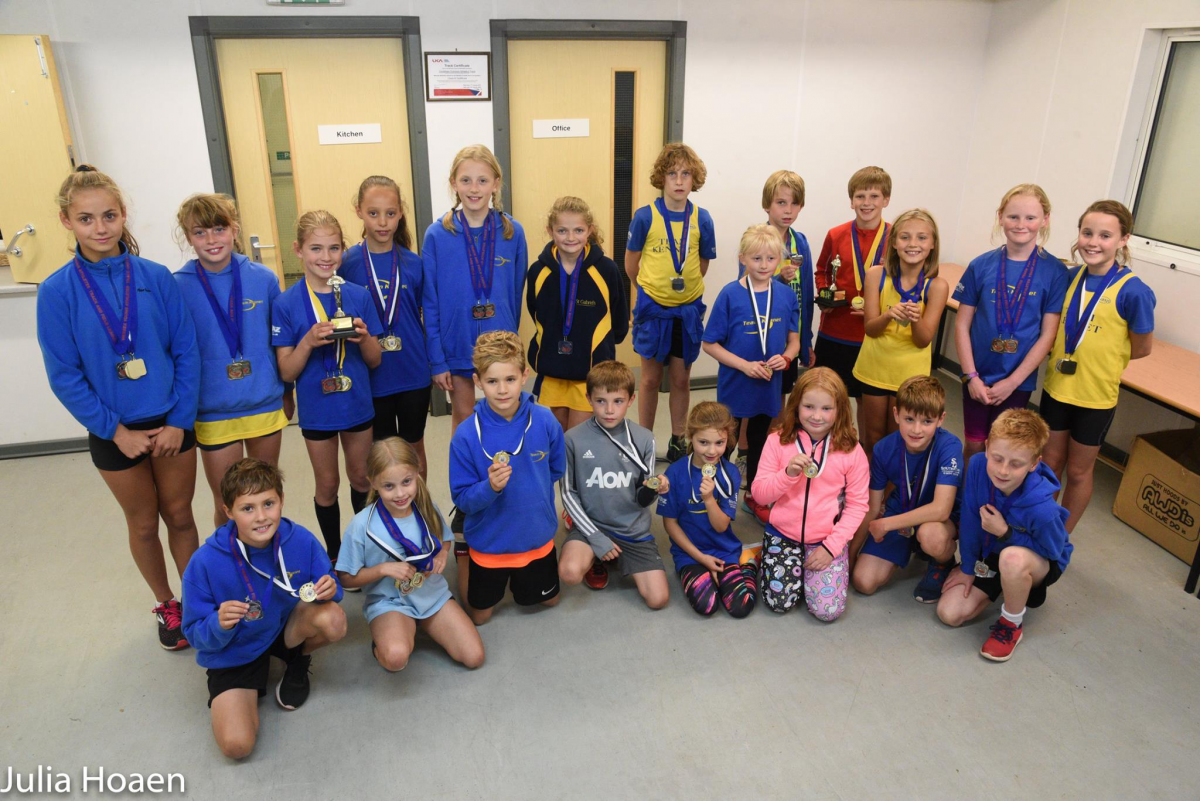 Team Kennet Quadkids (u11s/u9s) had one of the most successful years in the clubs history.

Combined with the Boys they won the Oxford Junior League and were Runners up in the Wessex Young Athletes League, all the athletes picked up their medals at a recent club training session.

Clare McDonnell won the top u11 in the Wessex Young athletes League with 246pts setting new club records in Vortex 35.02 which was the clubs best throw of the year  and total point score, and Zoe Allen clocked up 244pts for second place and claiming the 75m club record 11.0 which she was the clubs top sprinter, she also picked up top 600m runner with a time of 1.56.8, best long jump went to Octavia Thomas 3.77.

The Strength in depth saw 4 TK girls score over 200pts which also included Neve Wright 216 and Octavia Thomas 214, but future holds good as 5 of the girls have ran under 12 seconds for the 75m.

Nearly all of the above will move up to under 13s next season which will strengthen in depth the whole squad.