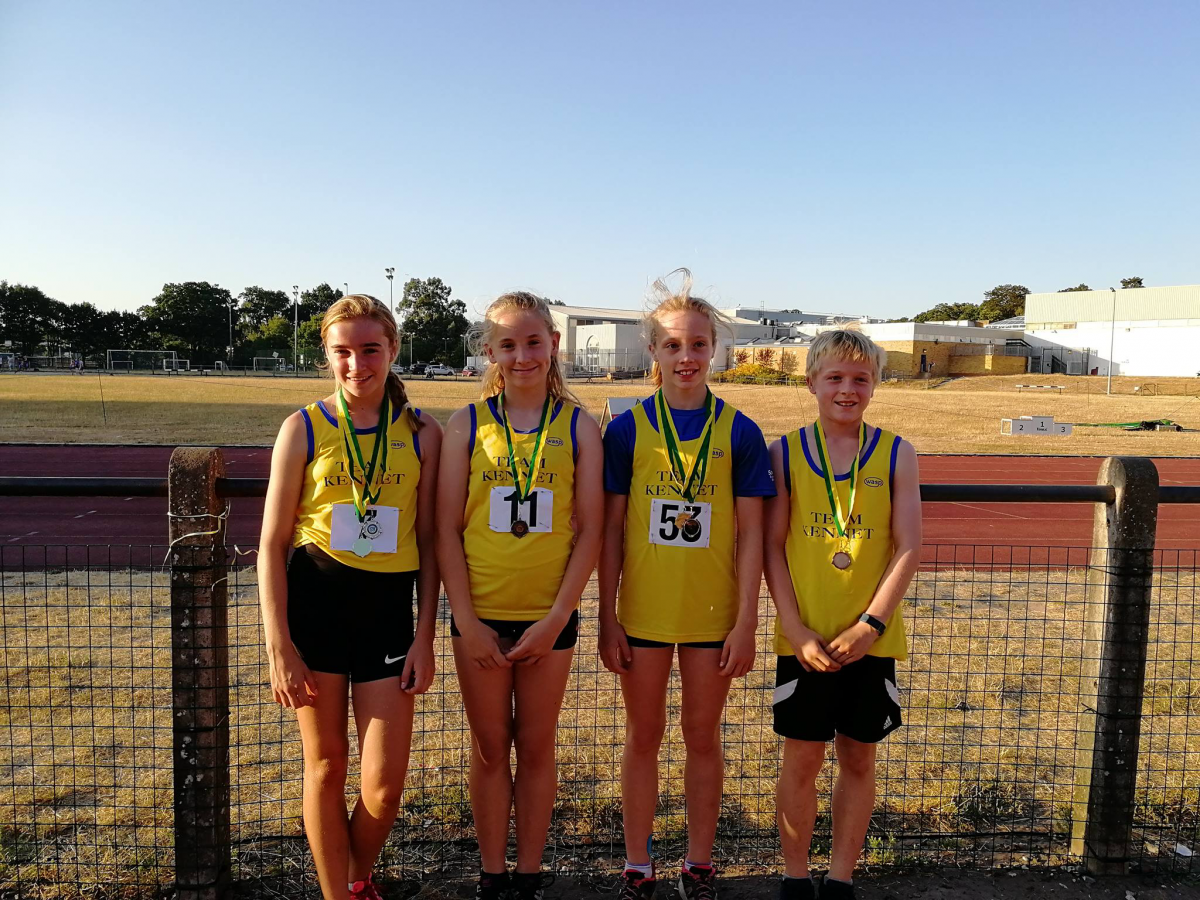 Team Kennet had several athletes compete at the u13 Berkshire Track and Field Championships held at Bracknell.

Annabel Todd took the clubs only gold in a well deserved performance that saw her run 1.45.9 just missing out on the club record in the 600m, she added another medal a Silver in the Discus with a new Personnel best of 19.77. Aimee Dickson secured a Bronze Medal in the 70m hurdles clocking 13.3. Charlotte Absolom earned herself two Silver medals firstly in the High Jump with 1.40 and in the long jump 4.17. Oliver Absolom got a Bronze in the Discus with a throw of 19.16 and Oliver Humphrey just missed out on a medal in the Javelin with a throw of 24.38