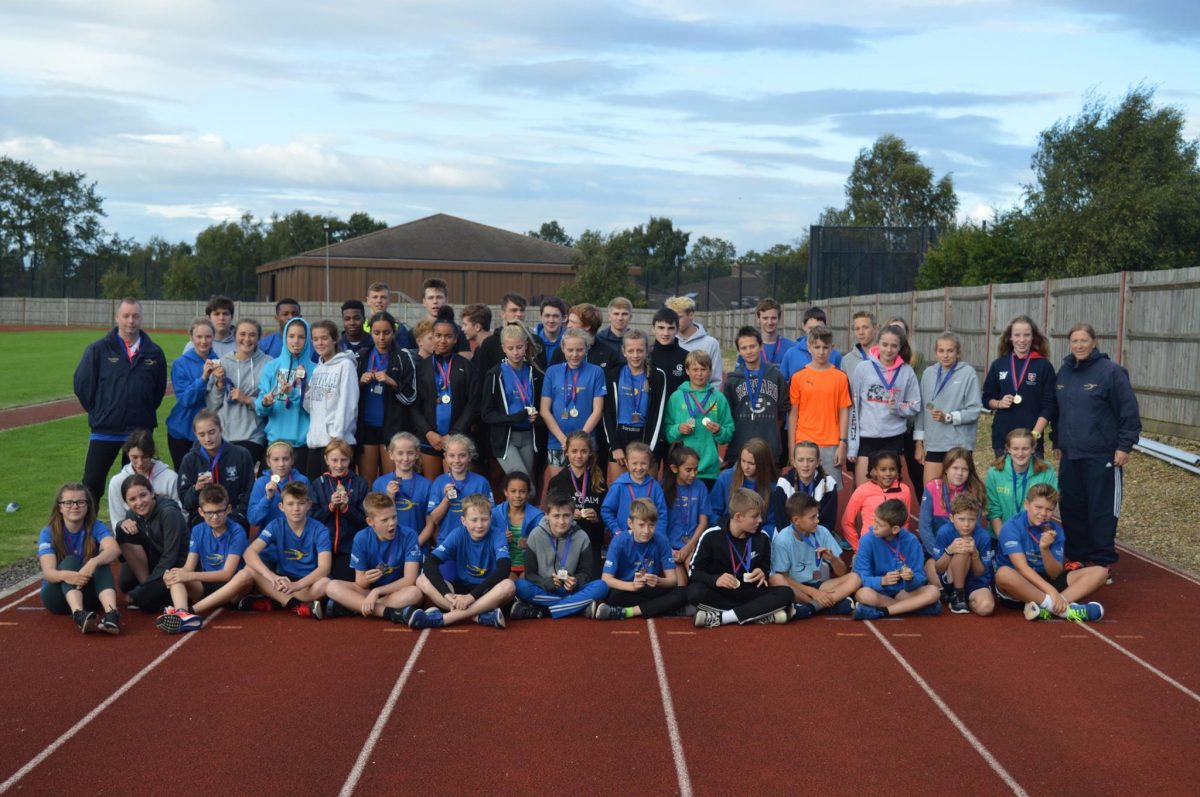 Team Kennet ended the Track and Field Season when they were given their league medals from both the leagues for their success this season.

Team Kennet were crowned overall Oxfordshire Young Athletes League Champions and Wessex Young Athletes League Runners Up, to crown an amazing season for the West Berkshire Club. The youngsters have now gone on to win four leagues and notched up over 50 junior league match wins in only 17 years. This year saw Sam Hart u17 gain a Great Britain vest in elite Junior triathlon and both Ben East and Harry Booker finishing high in the UK Rankings both top of their first year in the age group of under 15s.