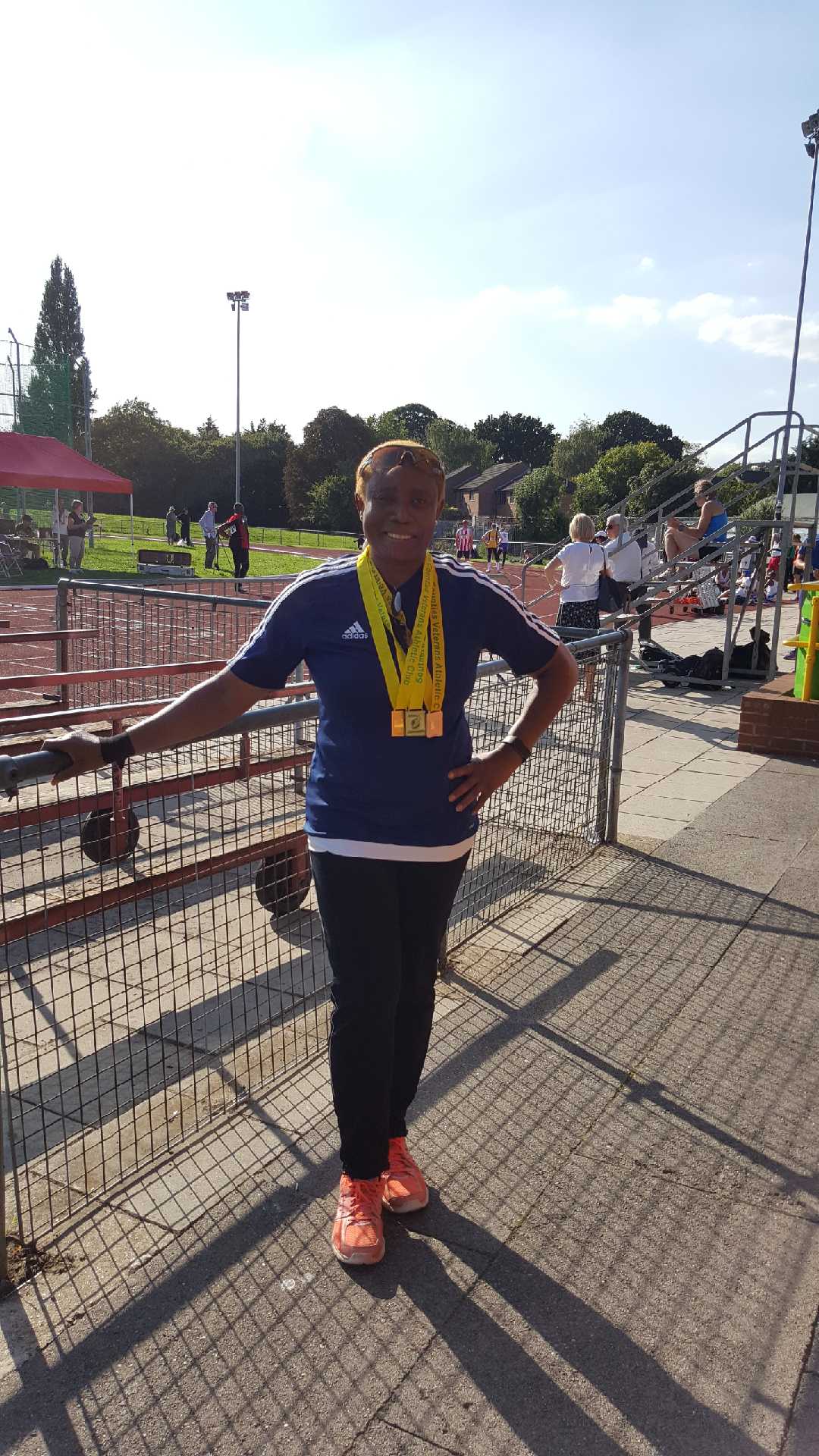 Team Kennet Athlete and throws Coach Deborah Montgomery came home as Southern Masters Javelin and Shot Champion in the vet 50 age group and also taking Silver in the Hammer. Deborah threw the Javelin 27.77 and the shot 10.96 to gain her first major titles in the club, her Hammer was just 26.20m for the Silver gaining her the three medals on the day. All 3 throws were new club records with the Shot placing her as UK number 1 and the Javelin as UK number 3.

Team Kennet throws group went on their annual day out to Biggleswade to enjoy a days Athletics in the calm atmosphere of Sandy Bedfordshire. In this open competition where all age groups compete against each other including Veterans: TK throws coach Cheryl Angell got involved with her Athletes too competing as a V50.

Most took on an event they don’t usually get chance to do and all excelled with exceptional results.

Back on the field, all took on the throws. Ben East hitting a huge Javelin throw of 54.88 taking him to no5 in the UK (coached by Luke Angell), James Hills also excelling with a throw of 28.69. In the shot, Oliver Gregory and Harry Booker did the usual 1 /2 with 9.55 and 10.90 respectively. Oliver Ford showed great strength with a push of 8.86: Alisha Bradford stepped up with a throw of 7.48 and Cheryl Angell 6.26 which saw her back in the top 50 of the V50 section in the UK to finish the season.

Charlotte Booker saved herself for her favourite event, the Hammer! Charlotte enjoyed the throw of 30.62, Oliver Gregory also made his mark with a 25.31 throw, Cheryl Angell 19.25, taking her to no27 in the UK and Oliver Ford throwing a huge 20.95, taking him to no 14 in the UK in the U13 section.

High jump saw Kira Angell and Joe Osler in action for TK, Kira won her section with 1.45 and Joe jumping 1.75 in the above 1.60 section. Joe also competed in the Triple Jump with a fine jump of 12.34 and charlotte opting for long jump with 3.23.

The throws section has again excelled this season with many stepping up to the challenge but with 2 throwers, Ben East and Harry Booker both being selected for the ESAA English Schools’ Championships back in July the throws section is again going from strength to strength. Both Ben and Harry came 6th in their respective events and this being their 1st year in the U15 section hopefully they will have more to give in 2018.

It’s been a full on tough season for the Throws team at Team Kennet, but all have pulled each other through with great results, the camaraderie has been electric, and I thank each and everyone of you for you time and commitment to training and matches. Well done everyone.