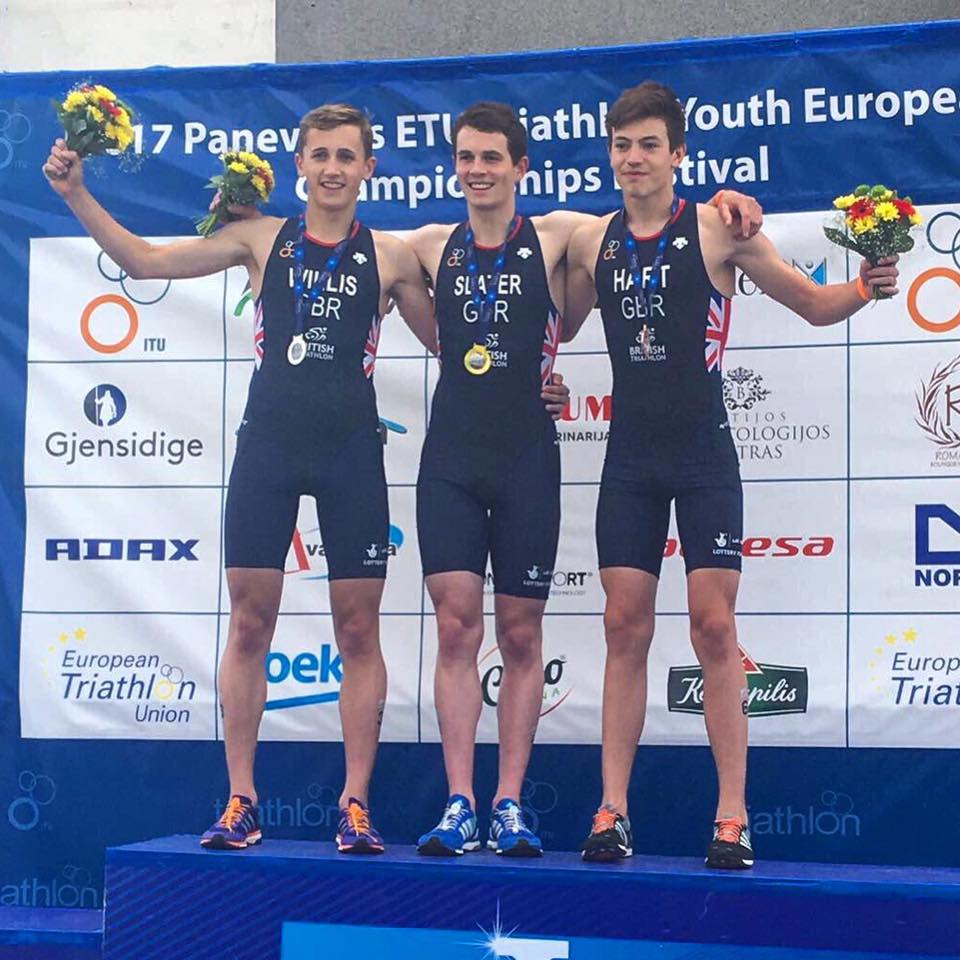 Team Kennet’s Sam Hart secured an amazing Bronze medal in his debut for Great Britain in the ETU Triathlon Youth European Championships held in Panevezys in Lithunia over the weekend.
His team mates made sure it was a 1-2-3 on the podium, it was a close affair between the three GB athletes with only 10 seconds separating the three of them. Sam took just 4 minutes to swim the 300m distance coming out in 12th place but a good cycle ride of 12.31 on the 8.5km course moved him up to 6th place and then the third fastest run of the day moved him to his Bronze Medal and Great Britain winning the Team event.