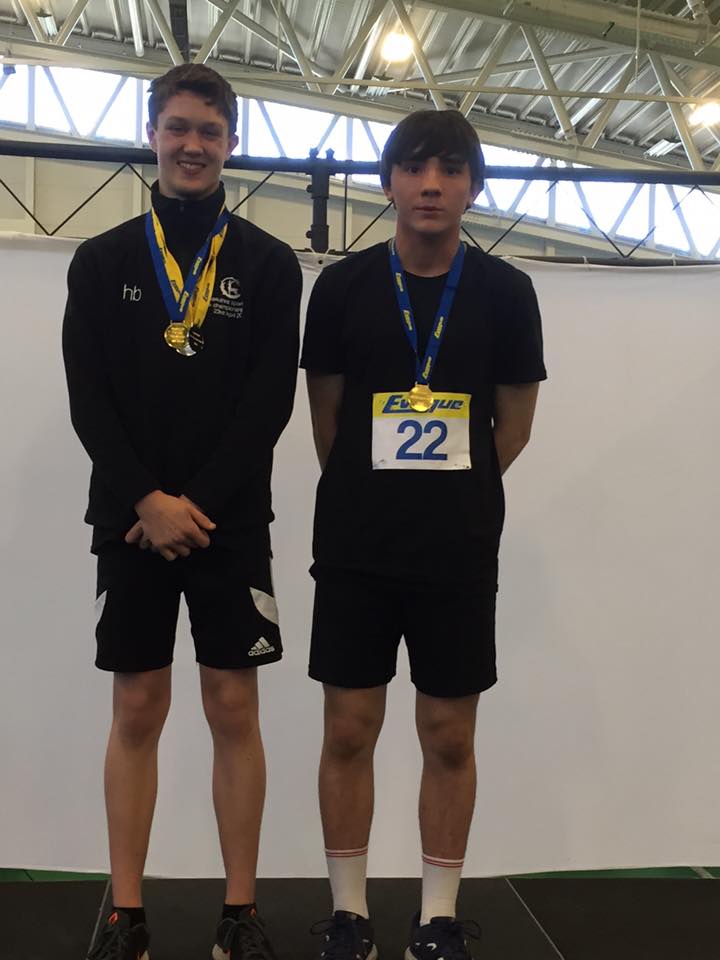 Team Kennet athletes were in action over the weekend representing Berkshire in the UK National Sportshall Championships held in Manchester.

On the Saturday Stuart Bladon was competing in the under 15 age group where Berkshire came out runners up just behind winners Donegal. Stuart came 8th in the standing long jump 2.67 and was 10th in the Speed bounce scoring 82 bounces in 30 seconds. Overall in the individual he was 26th out of some 60 boys.

The best came on Sunday where two of the club’s boys were in the under 13 section. This time Berkshire went one better and came out as Champions, with Avon runners up and Tyne & Wear taking third. Harry Booker was made Berkshire Team Captain on the day which he thrived by coming 2nd and winning a silver medal in the Shot with a massive 12.72 throw. He also picked up another Silver in the Obstacle Relay and was 4th in the 6 lap run. Oliver Gregory just missed out on an individual medal in the shot coming 4th place with a throw of 11.53. In all all three boys came back with a haul of medals first time this has been achieved by Team Kennet athletes