Team Kennet were at Cirencester for the fourth round of the Oxford Mail Cross Country League on Sunday. A cold windswept course with minus wind chill didn’t stop the yellow vests winning two of the age groups. 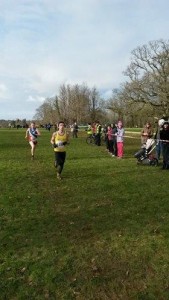 Sam Hart had a great weekend, winning the under 15 boys race for the first time this season over the undulated muddy course. He was well backed up by Tom Murrell having his best race of the year in 3rd place, both boys are now certain for top 3 individual places as the team came 3rd on the day.

The best came at the end of the day with a gutsy run from under 20 Alex Hanson as he came home first in his age group and 6th combined with the seniors. Callum O’Neill made sure he was in with a shout as he came 2nd under 20 and 9th overall. Both boys have also secured top 3 finishes overall, they helped the senior team come 3rd in Division 2, as Lee Tolhurst came 21st, Dean Makar 84th, Martin Fray 94th, Chris Treacher 114th, Jon Phillips 137th, Chris Thomson 174th and Colin Price 181st. 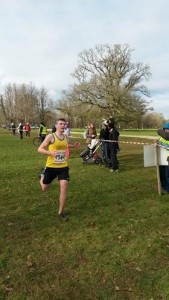 In the under 13 girls, Anna Pettit just missed out on winning with a brilliant 2nd place, moving her to 3rd place overall. The rest of the team saw Izzy Hole 10th, Lucy Wells 11th and Pheobe Hoaen 22nd to secure 2nd team on the day and 3rd overall.

The Senior Ladies dropped to 2nd place overall in Division 2, with Sue Francis 23rd, Helen Preedy 26th and Lucy Gettins 60th placed them 4th on the day. In the u15/17 womens races Georgina Bradford(u17) came home in 8th and Rosa Lawrence (u15) 16th

In the younger age groups, a much smaller turnout than usual but in both u9 races two good 5th places from Aimee Dickson and Edward Hall were the best of this age group, while in the u11s Lucy Draper came 8th in the girls with Georgina Thomson 12th, Rebecca Thomson 15th and Annelise Gale 22nd best of the pack, while in the boys Maxim Brown 11th, James Wallace 12th and Cameron Dunbar 14th were the top 3 from the club